Researchers at the National Institutes of Health (NIH) have found a new form of macular dystrophy, which is a cause of central vision loss.

A genetic disease that affects the macula was found by researchers at the National Eye Institute (NEI), a part of the National Institutes of Health (NIH). The study, which focused on the part of the retina that sensed light, will be published in JAMA Opthalmologyaccording to a news release.1

The researchers found that 2 patients had TIMP3 variants that were not contained in the mature protein in the study. They were instead in the short signal sequence the gene uses to “cut” the protein from the cells.

“We showed these variants to prevent cleavage, causing the protein to be stuck in the cell, likely leading to retinal pigment epithelium toxicity,” Bin Guan, PhD, staff scientist at NEI and lead author of the study, said in a statement.

Macular dystrophies cause central visual loss because of mutations in severage genes, including TIMP3. Individuals often have sudden changes in visual acuity when new, abnormal blood vessels that grow under the retina start leaking fluid and affecting vision when they are diagnosed with Sorsby Fundus Dystrophy.

The researchers followed up on the TIMP3 anomaly by doing genetic testing of family members of the 2 patients. They wanted to verify that the new TIMP3 variant was connected to the atypical maculopathy.

All members of the 2 families had diffuse maculopathy. The K257 family had cystic changes that affected their central acuity in the proband. The K392 family only had their proband come to attention in adulthood, with children who had identified maculopathy without frank atrophy. All of the affected family members had preserved central vision and no family members developed choroidal neovascularization, even in those who had retinopathy for more than 20 years.

According to coauthor Cathy Cukras, MD, PhD, who clinically evaluated the patients, these results were unlike typical Sorsby Fundus Dystrophy.

The researchers also found, through a subsequent molecular evaluation of genes, that there were heterozygous variants in the TIMP3 signal peptide sequence, with variants segregated with macular dystrophy found in all individuals. The researchers hypothesized that these 2 variants (C.29T> A p.[Leu19His] and C.34G> C p.[Gly12Arg]) demonstrated a different disease mechanism in TIMP3-related retinopathy through the altering of protein trafficking.

This hypothesis was tested using the L10H and G12R variants to see if they would cause protein secretion defects. No TIMP3-L10H was detected in the extracellular matrix and the G12R variant was diminished compared with the wild-type construct.

The data in the study found that L10H and G12R signal peptide variants impaired cleavage and protein trafficking, which reduced mature TIMP3 protein in the extracellular matrix and S38C exhibited impaired secretion and normal cleavage.

A limitation of the study was that overexpression in HEK293 cells may not completely recapitulate variant protein biology.

“Discovering novel disease mechanisms, even in known genes like TIMP3, may help patients that have been looking for the correct diagnosis, and will hopefully lead to new therapies for them,” said Rob Hufnagel, MD, PhD, senior author of the study. 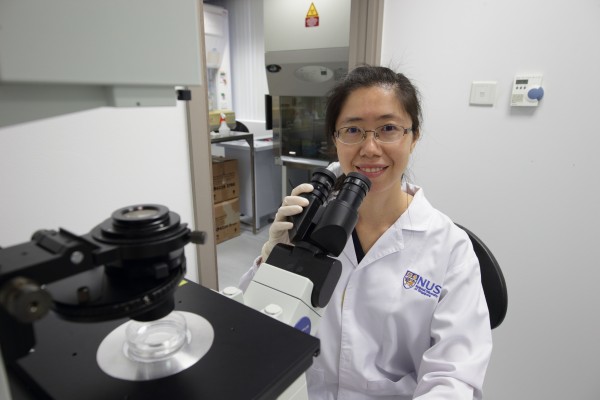 This Diagnostic Testing Company Down 60%