A new genetic discovery adds weight to the theory that motor neurone degenerative diseases are caused by abnormal lipid (fat) processing pathways inside brain cells. This theory will help pave the way to new diagnostic approaches and treatments for this group of conditions. The discovery will provide answers for certain families who have previously had no diagnosis.

Motor neurone degenerative diseases (MNDs) are a large family of neurological disorders. Currently, there are no treatments available to prevent onset or progression of the condition. MNDs are caused by changes in one of numerous different genes. Despite the number of genes known to cause MNDs, many patients still remain without a much-needed genetic diagnosis.

The University of Exeter team led by Professor Andrew Crosby and Dr. Emma Baple has a long history of research in motor neurone degenerative diseases. The team developed a hypothesis to explain the common cause of MNDs stemming from their discovery of 15 genes responsible for MNDs. The genes they identified are all involved in processing lipids — especially cholesterol — inside brain cells. in the new hypothesis published in the leading neurology journal Braindescribes the specific lipid pathways that the team believe are important in the development of MNDs.

Now, the team has identified a further new gene — named “TMEM63C“—Which causes a degenerative disease that affects the upper motor neurone cells in the nervous system. Also published in Braintheir latest discovery is important as the protein encoded by TMEM63C is located in the region of the cell where the lipid processing pathways they identified operate. This further bolsters the hypothesis that MNDs are caused by abnormal processing of lipids including cholesterol.

Professor Andrew Crosby, at the University of Exeter, said: “We are extremely excited by this new gene finding, as it is consistent with our hypothesis that the correct maintenance of specific lipid processing pathways is crucial for the way brain cells function, and that abnormalities in these pathways are a common linking theme in motor neurone degenerative diseases. It also enables new diagnoses and answers to be readily provided for families affected by some forms of MND “

MNDs affect the nerve cells that control voluntary muscle activity such as walking, speaking and swallowing. There are many different forms of MNDs which have different clinical features and severity. As the condition progresses, the motor neurone cells become damaged and may eventually die. This leads to the muscles, which rely on those nerve messages, gradually weakening and wasting away.

If confirmed, the theory could lead scientists to use patient samples to predict the course and severity of the condition in an individual, and to monitor the effect of potential new drugs developed to treat these disorders.

In the latest research, the team used cutting-edge genetic sequencing techniques to investigate the genome of three families with individuals affected by hereditary spastic paraplegia — a large group of MNDs in which the motor neurons in the upper part of the spinal cord miscommunicate with muscle fibers, leading to symptoms including muscle stiffness, weakness and wasting. These investigations showed that changes in the TMEM63C gene were the cause of the disease. In collaboration with the group led by Dr. Julien Prudent at the Medical Research Council Mitochondrial Biology Unit at the University of Cambridge, the team also undertook studies to learn more about the functional relevance of the TMEM63C protein inside the cell.

Using state-of-the-art microscopy methods, the Cambridge team’s work showed that a subset of TMEM63C is localized at the interface between two critical cellular organelles, the endoplasmic reticulum and the mitochondria, a region of the cell required for lipid metabolism homeostasis and proposed by the Exeter team to be important for the development of MNDs. In addition to this specific localization, Dr. Luis-Carlos Tabara Rodriguez, a Postdoctoral Fellow in Dr. Prudent’s lab, also uncovered that TMEM63C controls the morphology of both the endoplasmic reticulum and mitochondria, which may reflect its role in the regulation of the functions of these organelles, including lipid metabolism homeostasis.

Dr. Julien Prudent, of the MRC Mitochondrial Biology unit, said: “From a mitochondrial cell biologist point of view, identification of TMEM63C as a new motor neurone degenerative disease gene and its importance to different organelle functions reinforce the idea that the capacity of different cellular compartments to communicate together, by exchanging lipids for example, is critical to ensure cellular homeostasis required to prevent disease. “

Dr. Emma Baple, of the University of Exeter, said: “Understanding exactly how lipid processing is altered in motor neurone degenerative diseases is essential to be able to develop more effective diagnostic tools and treatments for a large group of diseases that have a huge impact on people’s lives. Finding this gene is another important step towards these important goals ”

The Halpin Trust, a charity who support projects which deliver a powerful and lasting impact in healthcare, nature conservation and the environment, part-funded this research. Claire Halpin, the charities’ co-founder with her husband Les said “The Halpin Trust are extremely proud of the work ongoing in Exeter, and the important findings of this highly collaborative international study. We’re delighted that the Trust has contributed to this work, which forms part of Les’s legacy. They would also have been pleased, I know. “

The HSP Support Group is a UK charity providing help for people diagnosed with Hereditary Spastic Paraplegia (HSP). Adam Lawrence, of the Group’s Chair said “Finding a new type of HSP is extremely important as it helps reduce the uncertainty which people with the condition often have on their diagnosis journey. The work of the team in Exeter investigating HSP and its genetic causes over many years is world-leading and has increased the global understanding of HSP. Their work is important in providing much needed answers for people with HSP, and developing treatments. “

The new study is entitled “TMEM63C mutations cause mitochondrial morphology defects and underlie hereditary spastic paraplegia,” and is published in Brain.

Provided by the University of Exeter

This document is subject to copyright. Apart from any fair dealing for the purpose of private study or research, no part may be reproduced without the written permission. The content is provided for information purposes only. 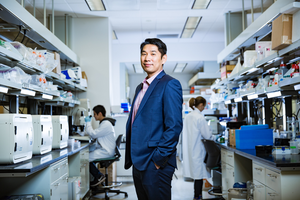 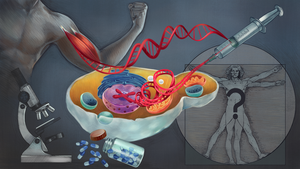 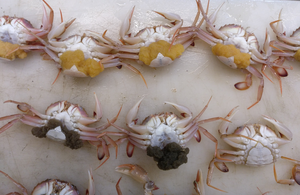